What is your relationship with ‘No’?

What happens when you have prioritized your actions and the volume of high impact, high urgency, meaningful actions still cluster at the top of your list of incompletions? And this causes anxiety? How did you land up having taken the responsibility for committed action for so many things? And they are still coming at you, fast and furious! And, does the list even include those issues, challenges and tasks that fall not the ‘procrastination’ category? Is this the story of your life?

I have had numerous enquiries relating to this personal challenge during coaching sessions. There is a feeling of being overwhelmed by the number of things people have on their plate right now and they question their ability to cope. Yes, the enquiry moves to prioritization and the subject of previous articles about doing less in order to get more done and mastering prioritization techniques. These enquiries reveal people who are at their wit’s end. In less challenging times they would easily make statements to the effect of “the more you do the more you can do” and “if you want something done ask a busy person.”

I have asked the seemingly simple question their relationship with ‘No’. Just politely and respectfully declining additional commitment based on capacity constraints. This follows the notion that, “your relationship with something determines your experience, not the something” (Marc Steinberg). It is not that saying, ‘No’ is the problem, per se, but the feelings and emotions that come up when you do.  On a scale of 0 to 10, where 0 is associated with a terrible feeling of letting others and yourself down by saying, ‘No’ and the corresponding emotions of anxiety and despair. And 10 is associated with not really caring at all. In the enquiries, most calibrate at a level of 3 or 4 with some a low a 2. They find it unacceptable to say, ‘No’ virtually irrespective of their current circumstances and capacity to take on more.

The enquiry continues with my questioning their relationship with ‘Yes’, in the context of accepting a challenge and failing to honor their commitment. Not doing what they said they would do when they said they would do it, as per the Consciousness Coaching® definition of Integrity. This breach of integrity on a similar scale of 0 to 10 shows an interesting correlation with saying, ‘No’, where 0 is associated with that terrible feeling of having let others and yourself down by acknowledging you have missed a commitment and the similar emotions of anxiety and despair. And 10, also associated with not really caring at all. Most calibrate at a level of 2 or 3 with some as low a 0 or 1; lower than saying, ‘No’. They find it even more unacceptable to have to apologise or ask for forgiveness due to a lack of delivery on their commitment. Their integrity is in tatters! 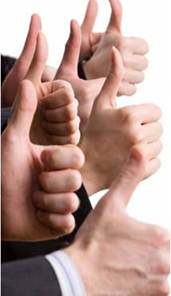 An interesting observation and caution is that a perpetual breach of integrity under any circumstances has a marked impact on our subconscious, irrespective of the conditions under which the breach occurs. Even if saying, ‘Yes’ and not fulfilling on your commitments scores a 10, meaning you don’t really care. Confidence is potentially impacted by negative self-talk when setting out on a particularly arduous goal; “You have failed to achieve so many times in the past, what makes you think you can achieve now? You don’t have a very good track-record of completion, now do you? Not great integrity, eh?

I ask again, “What is your relationship with saying, ‘No’ now?” Is there the possibility that saying, ‘No’ is more acceptable than saying, ‘Yes’ and breaching your integrity?” Unanimously, the answer is a that it is possible to respectfully decline or enter into a renegotiation of priorities in order to maintain integrity – not only by fulfilling commitments also doing so by producing results that allows self-actualisation. Difficult, but possible!

What is particularly thought-provoking about this enquiry is the acknowledgement that there is no lack perceived competence or commitment and belief that their contribution is appreciated irrespective of the choices made.

In this context, a response I received is that saying, ‘No’ is liberating.

What is your relationship with ‘No’?

Comments on this article are absolutely welcome. Cancel reply